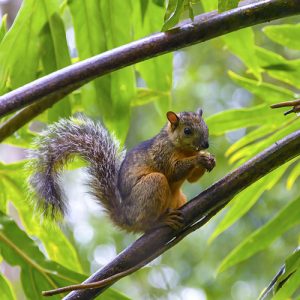 The Barrie District Hunters and Anglers Conservation Club was formed in 1953 by concerned sportsmen who recognized the need for more involvement in the protection of both game and non-game species and the habitat that these creatures depend on.

The Club was formed on principles of involvement in conservation through wildlife protection and support, habitat restoration, safe hunting instruction and youth education.

In the early 1960’s a well-treed property of about 46 acres was purchased in the township of Vespra (now Springwater Township) and subsequently a clubhouse was constructed. In the 1990’s a further purchase of 197 acres extended the Club property to the current 243 acres currently enjoyed its members.

The property now contains two 100 yard ranges, a turkey shoot range, a 3D archery range, and a 5 stand sporting clay range. All ranges are certified to today’s standards. The property also contains two cold water creeks and provides a great spot to introduce a young angler to the mysteries of trout fishing.

I give my pledge as a Canadian, to save and faithfully defend from waste, the natural resources of my country, – Its air, soils, minerals, waters, forests and wildlife.